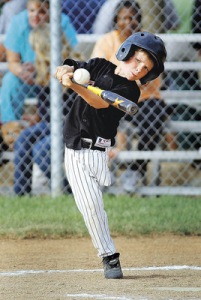 This eight year old Kentucky boy is an above knee amputee following cancer that he had when he was one. Amazingly, he has been able to play sports like baseball, football, and soccer. He does not where a prosthesis because it slows him down when he is playing. This article also has a video of him playing baseball. He plays as a catcher while squatting down on his right leg and is able to pop up from that position without any strain. When he hits the ball he is able to hop nimbly to first base and then continue running the bases after being handed his crutches by his coach. What an inspiring athlete! 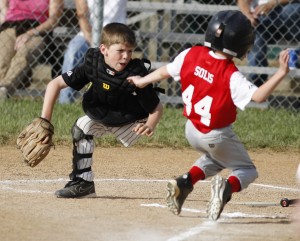