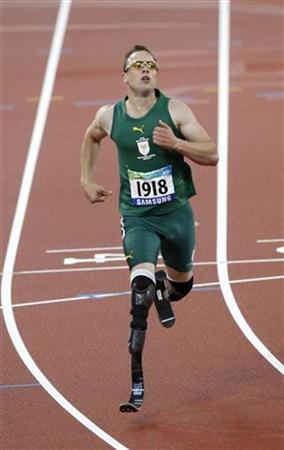 Recent story in the Daily Mirror that starts:

“Bladerunner” is back in training after the freak crash near Johannesburg in February which smashed an eye socket, his jaw, nose and two ribs.

Typical of a man who sprinted into the record books despite having both legs amputated below the knee before his first birthday, he views it as just another hurdle to overcome.