This is text translated with Google Translate from French.

A group of Dutch academics and politicians have launched a petition to legalize assisted suicide for the over-70s who are tired of life.

There’s a very interesting video of distinguished historian Tony Judt talking about motor neuron disease, life, and euthanasia up about a week or so ago at The Guardian website. The article is entitled “One of the worst diseases on the Earth”, taking a line from the interview itself. It isn’t embeddable right now (so far as I can tell), but the link to it is right here. END_OF_DOCUMENT_TOKEN_TO_BE_REPLACED 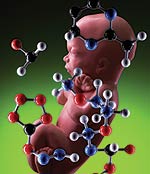 The following is the beginning of a response delivered by distinguished bioethicist Arthur Caplan to Ezekiel Emanuel’s address to the American Society for Bioethics and Humanities earlier this year. The full speech was posted by Linda MacDonald Glenn at the Women’s Bioethics Project blog about a month ago.

The issue: what kind of training do bioethicists need? More descriptively (if awkwardly): what is it important for the people providing advice on life and death decisions to parents, children (of aged parents), doctors, hospitals, and others involved in health care, to know?

What Sorts readers might also be especially interested in checking out Emanuel’s views of the legalization of euthanasia, and might recall the misrepresentation of those views in the recent discussions of Death Panels in the US.  Anyway, here’s Caplan’s speech, which provides much food for thought: END_OF_DOCUMENT_TOKEN_TO_BE_REPLACED

The following expert panel has just been announced. Given that Bill C-384, legalizing euthanasia and assisted suicide in Canada, is scheduled to receive its second hour of debate on November 16th, and to be voted on on November 18th, the announcement of the panel is timely (even if largely ineffectual w.r.t. that debate and vote).

Text of the announcement in French and English below. It includes description of the membership of the panel, it’s terms of reference, and contact information.

Among the many public-service roles of national academies around the world, one of the most important is the preparation of expert assessments on critical issues of public policy. The national academies in the United States are the most active in this regard, but the senior academies in other nations, notably in England, France, and other European countries, have been very active on this front for many years. Such reports are designed to be balanced, thorough, independent, free from conflict of interest, and based on a deep knowledge of all of the published research that is pertinent to the questions that have been posed. The Royal Society of Canada (RSC) also has a long record of issuing definitive reports of this kind, either on its own initiative, or in response to specific requests from governments or other parties. The project being announced today, “End-of-Life Decision Making,” is one of a new series that the Society has commissioned, at its own initiative, on issues of significant public interest and importance at the present time. Announcements on the other projects will follow over the course of the coming months. The Society relies on the advice of one of its senior committees, The Committee on Expert Panels (CEP), in formulating new projects of its own and in responding to requests for panel projects from external parties. In addition, the members of the Society’s CEP are responsible for selecting the membership of panels, including the chair; overseeing the conduct of panel activities; managing the peer review of the draft final report; and assisting the panel members with any difficulties that arise during the conduct of their work. Over the course of the past year, the CEP has brought forward suggestions on a new series of expert panel reports for consideration by the Society’s governing board. The board has approved a number of these suggestions, including the project on “End-of-Life Decision Making.” The additional information, below, identifies the members of the panel who have agreed to write this report, as well as the preliminary terms of reference for this project. Questions about this project may be directed to: END_OF_DOCUMENT_TOKEN_TO_BE_REPLACED

There will never be a more important time to stop assisted suicide!
The promotion information for the Second-International Symposium on Euthanasia and Assisted Suicide states that registrations need to be in by April 25. The registration cut-off date has been extended until May 11. In the past week we have had an incredible number of registrations that have arrived. We will have an incredible Symposium, but more groups and individuals are needed to ensure a successful outcome.

The Second-International Symposium on Euthanasia and Assisted Suicide is at the National Conference Center on May 29 – 30, 2009 (near the Washington Dulles airport) and is possibly the most important conference ever on assisted suicide.

The Euthanasia Prevention Coalition is holding a National Symposium on October 24 & 25 at the Victoria Inn Hotel and Conference Centre, Winnepeg, Manitoba.  Speakers include Diane Coleman and Stephen Drake of NOT DEAD YET, Alex Schadenberg of the Euthanasia Prevention Coalition, and others.  The registration fee is $99CA, with a reduced rate for students and disabled people.  For more information, visit the conference website: http://www.euthanasiaprevention.on.ca/NationalSymposium2008.htm

Dan Savage, well-known for his column Savage Love, has written a moving essay, “In Defense of Dignity” on the very recent death of his mother in The Stranger. It is cast, in part, in terms of the upcoming referendum ballot in Washington state on assisted suicide, I-1000. Reading the article, together with the comments in toto is highly recommended, but here’s an excerpt:

People must accept death at “the hour chosen by God,” according to Pope Benedict XVI, leader of the Catholic Church, which is pouring money into the campaign against I-1000. The hour chosen by God? What does that even mean? Without the intervention of man—and medical science—my mother would have died years earlier. And at the end, even without assisted suicide as an option, my mother had to make her choices. Two hours with the mask off? Six with the mask on? Another two days hooked up to machines? Once things were hopeless, she chose the quickest, if not the easiest, exit. Mask off, two hours. That was my mother’s choice, not God’s. Did my mother commit suicide? I wonder what the pope might say. I know what my mother would say: The same church leaders who can’t manage to keep priests from raping children aren’t entitled to micromanage the final moments of our lives. END_OF_DOCUMENT_TOKEN_TO_BE_REPLACED