Argentina’s strict anti-abortion laws got a minor make-over recently, as the Supreme Court of Argentina has ruled that rape victims will not be persecuted for having abortions.  The supreme court unanimously backed the decision of allowing a 15-year-old girl, who endured years of sexual abuse by her stepfather, to terminate her pregnancy.  “However, the judges said that their decision was not part of a discussion about the legalisation of abortion in Argentina, but just a clarification of existing laws” (see article).

The controversy was centred around Section 2, Article 86 of the Argentine penal code, which states that “abortion is not a punishable act ‘if the pregnancy stems from a rape or an attack on the modesty of a woman of feeble mind’” (see article).  The horrible suffering of the poor 15-year old aside, it is interesting to note that the Argentinian law’s phrasing includes “feeble mindedness” in its allowances for legal abortions.  Curiously (and I think quite tellingly), the point of debate in interpreting the law had to do with whether or not all rape victims or just those who are deemed “feeble minded” should be allowed to terminate their pregnancies.

Now, putting the phrase “feeble minded” in the sentence cannot have anything to do with informed consent (and the fact that some individuals might be deemed incapable of giving it) since the law pertains to rape cases, which, by their very definition, are instances where neither informed nor any other kind of consent can or ever is given.  What might be the reason the phrase “feeble minded” made its way into the sentence and why might it be unclear to those interpreting the law whether or not it covered all or just “feeble minded” rape victims?  If I were to venture a guess, I would say that eugenic reasoning is likely responsible for the legal phrasing the judges had such difficulty interpreting.

While I was hoping to write up a little more on incest, incest avoidance, and related issues, other matters have called for my attention, and so I think that will be all the posts in the Thinking about Incest series, at least for the forseeable future. Sigh. So here are the 11 posts in this series, collated for your viewing pleasure. As you’ll see from the titles, this is mostly about the Westermarck Effect, the phenomenon of genetic sexual attraction (made prominent through “reunion” cases of incestuous desire), and views of incest within the social sciences.

4. Getting more explicit about the Westermarck Effect

5. Just how encompassing IS the Westermarck Effect?

If social conservatives bridle and high school students snicker at the sound of Freud’s name, the reaction of intellectuals is hardly more sophisticated. They almost divide into two exclusive and exhaustive groups: those who read “Freud” as “fraud” and those who read it as “joy” (its meaning in German). Patricia Kitcher, Freud’s Dream: A Complete Interdisciplinary Science of Mind (MIT Press, 1992), p.4.

One of the more simultaneously entertaining, puzzling, and frustrating parts of the anthropological literature on incest and the Westermarck Effect is the back-and-forth between those defending, and those attacking, Freud’s views of incest, childhood sexuality, and spelling out their relationship to the Westermarck Effect. Freud and Westermarck themselves were clearly at odds, and we have seen much to suggest the basis for that tension.

For Freud (like Levi-Strauss), incest taboos mark a firm line between animal nature and human civilization: animals, and our own animal side (aka “the id”, amongst other things), are incestuous, a nature whose tensions for family life gives rise to the need for incest taboos. This is part of a broader view of the pervasiveness of sexuality in the human condition, END_OF_DOCUMENT_TOKEN_TO_BE_REPLACED

One way in which the Westermarck Effect might be conceptualized is in terms of E.O. Wilson and Charles Lumsden’s idea of an epigenetic rule. Such rules are, in their words, “genetically determined procedures that direct the assembly of the mind …[that] comprise the restraints that the genes place on development (hence the name ‘epigenetic’)”. I’ve never taken this idea very serious, in part because they suggest that these are the bridge between human nature and morality in general, and in part because of the “genetically determined” bit. But let’s put that aside for now, and think about the Westermarck Effect as an innate constraint not on the mind per se but on how we direct our behavior. What we have so far is something like this:

But we want to put this more simply. Maybe: END_OF_DOCUMENT_TOKEN_TO_BE_REPLACED

In the last post, I introduced a “Westermarckian cluster” of views about incest and its avoidance, the first two of which were:

and which I want to take up in this post. In earlier posts (like Thinking about Incest 5), I have spelled out more precisely how I think 2. should be understood, and here I want to focus on 1. I draw chiefly on three recent reviews of the relevant primate literature: the comprehensive review of Andreas Paul and Jutta Kuester, “The Impact of Kinship on Mating and Reproduction” (in Chapais and Berman, Kinship and Behavior in Primates, 2004), and the more succinct summaries of Anne Pusey “Inbreeding Avoidance in Primates” (in Wolf and Durham, Inbreeding, Incest Avoidance, and Incest Taboos, 2005) and Bernard Chapais, Primeval Kinship: How Pair-Bonding Gave Birth to Human Society (2008).

Primatology is a relatively young discipline, with study of the nature and structure of primate societies being undertaken systematically only in the past 40 years. Since then, documentation of the rarity of reproductive sex and mating between at least some close relatives has provided strong evidence for the existence of one or more mechanisms facilitating this outcome. One of those mechanisms relates intimate association during the pre-reproductive years of at least one member of a dyad to later sexual preferences and behavior during the reproductive years of an individual, i.e., it is just the sort of mechanism posited by Westermarck. END_OF_DOCUMENT_TOKEN_TO_BE_REPLACED

In past few posts in this series, I have tried to stay close to the view of what the Westermarck Effect is that focuses on sexually mature sibling incest avoidance and the idea that intimate childhood association produces it, but that also suggests that Westermarck himself flips between that view and one that is much broader in its range, applying to other family dyads as well. Time now to step back from micro-details to take a look at the larger cluster of views of which this “effect” is a part.

There are at least five such views in play here. The first of these, a claim about certain kinds of rules and practices—taboos—has been long accepted. It says that END_OF_DOCUMENT_TOKEN_TO_BE_REPLACED

In the last post on Thinking about Incest, I left off by introducing attachment as a possible mechanism for the Westermarck Effect. While so far as I know, Westermarck did not discuss attachment under that heading, in Chapter 17 (“The Killing of Parents, Sick Persons, Children, Feticide”) of volume 1 of The Origin and the Development of the Moral Ideas (1906), Westermarck says several interesting things about parental love, and the relationship between habit, custom, and morality. In discussing infanticide amongst “uncivilized races” and “the lower savages”—the language here a reminder of Westermarck’s immersion in the academic culture of his day—(p. 402), he says END_OF_DOCUMENT_TOKEN_TO_BE_REPLACED

The first pair of posts in this series looked at genetic sexual attraction, or what I suggested might be called adult reunion-mediated GSA, or ARMGSA. Simply lumping that together with other incest-related phenomena isn’t that productive, though I think that ARMGSA does tell us something important about incest, sexual attraction, and social taboos. To get to that, I want to go a bit slowly through a view that was mentioned in the previous posts, “the Westermarck Effect”. What is this, and what does it have to do with incest?

Edward Westermarck was a Finnish thinker whose 1891 tome The History of Human Marriage, published when he was in his late 20s, began a career of publishing long, wide-ranging books on marriage, sex, and the origins of morality. Westermarck is most often remembered for a particular view he held about the relationship between early childhood association and sexual attraction, a view often named the Westermarck Effect. There are various characterizations of this effect and its relationship to incest. Here are four taken from one recent collection that adopts a biosocial approach to incest, Arthur Wolf and William Durham’s Inbreeding, Incest, and the Incest Taboo: The State of Knowledge at the Turn of the Century (Stanford University Press, 2004), a book whose core message is that despite the fact that Westermarck’s views have been widely dismissed until recently, he was more right than wrong about childhood association and sexual attraction: END_OF_DOCUMENT_TOKEN_TO_BE_REPLACED

Yesterday, the CBC ran the story Forbidden Love, on sexual feelings between genetically-related individuals, including mothers and sons, brothers and sisters, who have been separated from very early in life and reunited as adults. (thanks to Matti for keeping me up to speed.) Over the last month or so, during my day job I have been focused on stuff on incest and incest avoidance, in part through reading and reviewing Bernard Chapais’s recent book Primeval Kinship: How Pair-Bonding Gave Birth to Human Society (Oxford 2008), and through trying to figure out just what it was that Edward Westermarck was meant to have hypothesized about childhood associations, just over 100 years ago. And I’ve been thinking about posting on this at What Sorts. So let’s start with the Forbidden Love story from the CBC site, which begins as follows: 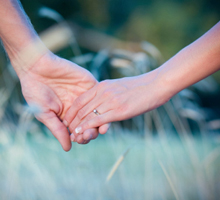 Two weeks after Sally reunited with her biological son, she began to have sexual feelings for him. “This is feeling really bizarre, but I think I’m falling in love with this person,” she recalls thinking. Sally, whose name has been changed to protect her identity, had given up her son for adoption when she was 16, but vowed as she cradled the little boy swaddled in a blanket that she would someday, somehow become part of his life again. She never imagined that their reunion some 30 years later would lead to a sexual relationship.

After their first meeting, the two found themselves spending more and more time together. “We kind of gave ourselves permission to do more hugging,” said Sally in an interview with CBC’s The Current. Eventually, it progressed into a sexual relationship.

“I do remember the night we did and it was amazing … the most amazing thing I’ve ever experienced,” Sally says. “He said, ‘I’ve finally found the most perfect person in the world for me in every way and she turned out to be my mother.'”

Sally’s not alone in feeling a deep attraction to a blood relative upon meeting as adults for the first time. Read the full story at CBC’s website. There are also audio files from CBC’s The Current with interviews with Sally and others. I’ll blog on this in the next few days, and follow up with other posts as the will wills.